Summary:
Below I will describe each of the above failings of the Council in detail

There were two articles about parolee housing in the August 6 issue of the Clayton Pioneer.  One from Mayor Haydon, the other from a staff writer.  Both of these articles don't clearly articulate the issues the parolee housing ordinance poses to the residents of Clayton.   Mayor Haydon characterized the matter presented to the Council as a choice between three options:
Of course with only those three options the Council quickly settled on #3.  Before describing all the ways that Haydon's description is misleading, it's important to note the mindset the Mayor takes towards people who have raised objections to Council actions.  Here is a sample of what he wrote:


Despite some misunderstandings among residents, ...

And from the Pioneer writer describing Haydon's sentiment:


As for the brouhaha playing out on social media, Haydon said he believes people don’t truly understand the issue.

That doesn't sound like serious consideration of the objections of Clayton residents.  It sounds like condescension.  It sounds like he believes if only people actually understood, then they would agree with him and the Council to pave the way for Parolees to come to Clayton.  If Haydon is to be believed, it sounds like the Council did not do an adequate job explaining their rationale for hastily adopting this ordinance.  But that can not be it.  Regardless of how much the Council attempted to explain, they wouldn't be able to make the residents of Clayton understand why they chose to adopt this ordinance so quickly because there's nothing about it that makes sense.

It's a false choice to present only 3 options.  On the spectrum of choices between do nothing and complete ban, the Council believed that the only other choice was the exact ordinance they adopted, at 500 ft from sensitive places like schools, parks, and daycares.  But this is shortsighted. There are a  host of ways the Council could have further restricted parolee housing short of an outright ban.  There could be:
And these are just the ideas that I've come up with.  If the Council were creative and spent some effort I'm sure there is more that can be done.  But no.  The matter is presented as if there are only three options.  Even if we are to accept the premise that a ban is legally off the table, they could have done more.  And I'm not convinced that a ban is off the table.

The rationale for the 3 options was poorly considered.  The Council is using the specter of litigation as a crutch to support their ill advised plan.  I am curious what theory of legal liability the Council believes presents a risk.  This isn't discussed by either Pioneer article.  The Council simply states as a matter of fact that people could sue the city so their hands are tied. Of course people can sue the city - people can always sue the city. That should not be the basis for hastily adopting an ordinance now. Fear of future nebulous litigation should not compel us to harm our city now without assessing the likelihood or merits of potential future litigation.  And even if there is a future legal threat, the council could at that time assess the risk/reward of adopting a new ordinance, and have the ability to moot potential litigation.

But is there a legitimate risk?  In attachment 17 (page 215) of the agenda for the July 17 City Council meeting there is a letter to the City of Antioch in 2013 talking about their effort to restrict parolee housing.  It's from the ACLU and is not actual legal action.  In it, the ACLU claims a potential violation of state and federal law. The letter identifies California Penal Code §17.5(a), but that code section are simply findings and declarations, not mandates by the state.  If there is a law in play, the Council should present it to identify possible ways to comply while still representing the interests of Clayton residents.

The letter also identifies four lines of complaint from the ACLU that ultimately challenge the rational basis used for the rules:
Rational basis however is the easiest legal standard to meet.  All of these complaint areas are easily addressed and in the interest of public safety the City could demonstrate a rational basis for each of the requirements at issue.

The letter then goes on to what seems the heart of the matter: racially disparate impact.

As the ACLU is using the term, racially disparate impact refers to practices in housing and other areas that adversely affect one group of people of a protected characteristic more than another, even though rules applied by employers or landlords are formally neutral.  Discriminatory intent is not required for a city to be found to be discriminating - all that is necessary is a showing that a law or practice has a disparate impact on members of a protected class.  That sounds scary, but is it a legitimate concern?  To demonstrate a disparate impact, a statistical analysis of the comparator groups affected and the population as a whole is normally required.  But there is no evidence that this level of rigor was undertaken by the Council.  No, mere mention of the ACLU and the specter of litigation was enough for the Council to capitulate.


There was a low level of diligence performed on the three options presented.  The Council identified 4 areas in Clayton that met the distance requirement: 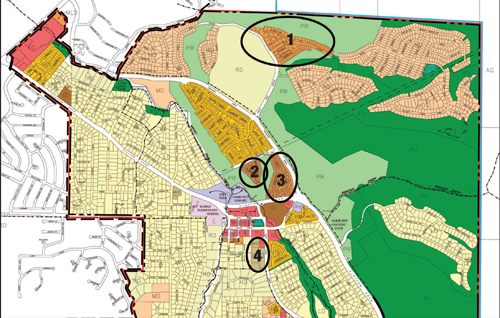 Look at area #4.  This is the same level of diligence that forgot there was a park in Stranahan Cir: 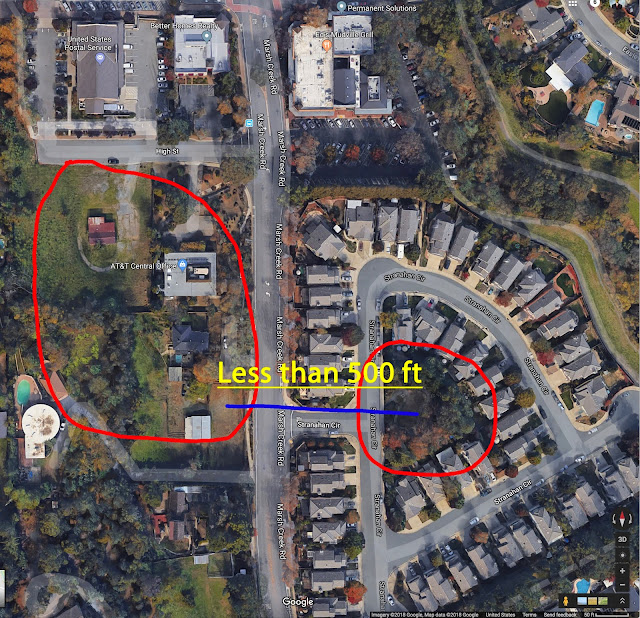 And this is the level of diligence that Clayton residents have protecting their safety.  All of this demonstrates a lack of creativity, a lack of options, a lack of understanding of the interests of Clayton residents.  This was exemplified at the July 17 Council meeting.

The council let everyone speak, ignored them, then proceeded to lecture the audience.   To put an even finer point on it, Jim Diaz seemed to threaten to fight one of the speakers.  See the video of the Council meeting at around the 2:00:20 mark where Mr. Diaz offers to continue the discussion outside, privately. That sounds like fighting words to me.

Here is how the Council should have proceeded:
But as demonstrated above, this is not what the Council did.  They hastily passed an ordinance with insufficient diligence that is not in the best interests of the residents of Clayton.