A straightforward concept really.  Clayton should not be for sale.  But if you look around downtown, that's the impression you'd get.  The dilapidated buildings on Oak St. have a For Sale sign. 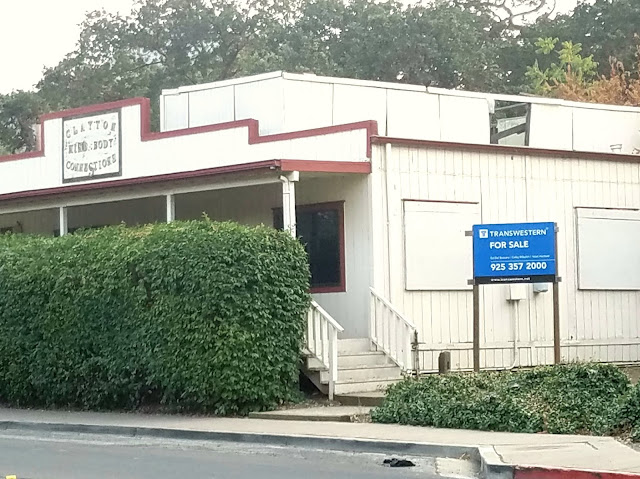 Why is the city so intent on selling its assets?  With our current reserve position at approximately $4.5M or 1 year of operating activity, we do not need the one time influx of cash - the city needs to utilize its resources in a responsible way to shape the future of our downtown.  Once these properties are sold, the city loses its ability to exercise discretion about how the property is used, and what type of building or structure may go in there.  If these properties sell, the city would be constrained to approve many things that residents may not appreciate, but since they'd be consistent with the existing general and downtown specific plan, they would be allowed.

If instead the city retains ownership however, the city could take action to ensure the types of business and development that occurs is consistent with the downtown character and charm that attracted so many of us to Clayton.  We could offer longer term, significantly reduced lease amounts to encourage certain businesses to participate.

But look at what is going on behind closed doors at the latest Council meetings.  Here is the agenda for 7/17/18: 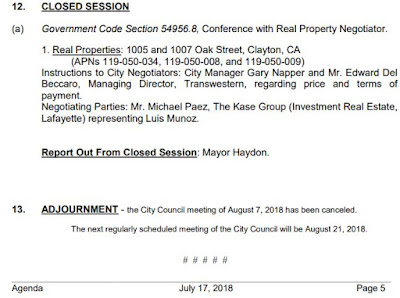 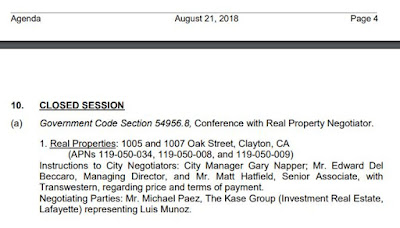 There is a continuing amount of closed door sessions to negotiate the sale of the properties on Oak St.  It's unclear what the intentions of the City Council are, but I am opposed to anything that leads to the city selling off its assets.  These three parcels on the agenda are highlighted below on the left.  Those three are only a subset of what is for sale and owned by the city here: 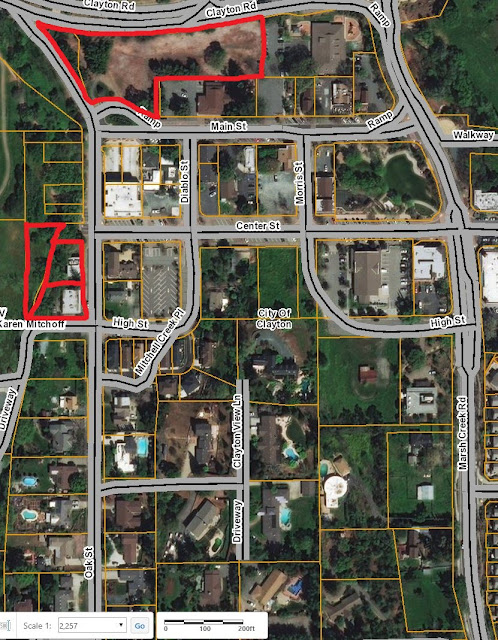 The parcels referenced are just those on the left.  The large open space on top is also for sale: 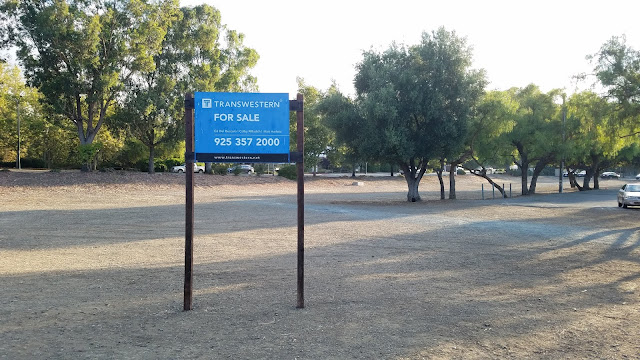 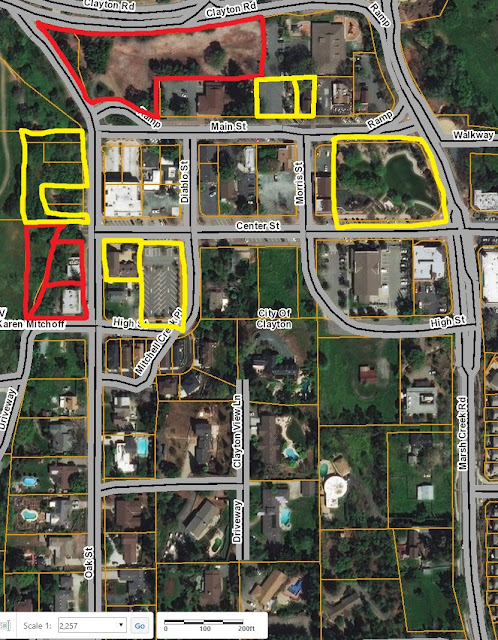 The Council will surely not sell the Grove Park, but based on their current push for selling other property can we say it's out of the question that no other city owned property will be put up for sale?  This is not an activity we should engage in if we want to maintain control over our downtown character.  But there is one more area to highlight (light blue) - the targeted areas for three separate three story high density buildings for senior rental units: 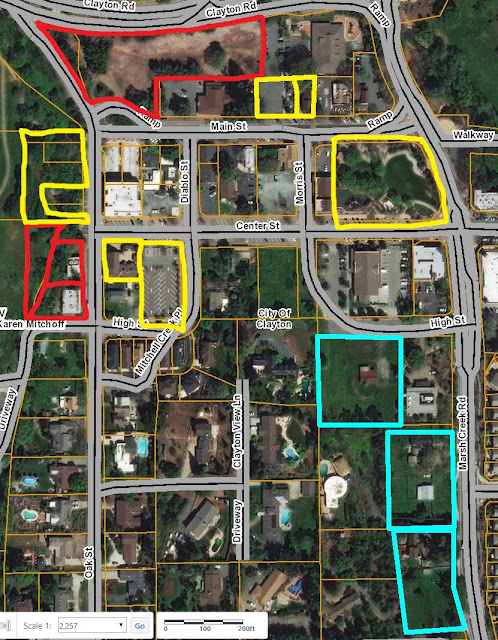 Downtown isn't that large a geographic area.  When I look at it like this, it's easy to see how at risk the character of our downtown actually is.  It wouldn't take much to impact some of the reasons we all chose to live here.

When I look to the future of Clayton, what our downtown could be, I see so much potential.  We could have a vibrant downtown full of small retail and locally owned business that benefits all the residents of Clayton.  Even the older buildings that aren't owned by the city could be encouraged to update and do some maintenance that may have been previously put off with assistance.  That future is only possible if the Council shares that vision and doesn't sell our city to outside developers.

And that future does not include high density housing right near downtown.