Is it a Proposal?

Mr. Shuey and Mr. Wolfe will push back against anyone calling the three story, three separate building rental complex a proposal.  They will attempt to minimize the potential impact of this project, insisting that the City hasn't received anything, and that it's all just an idea, like putting a Walmart in your house.   And because that is absurd, then of course this three story, three separate building rental complex would also be absurd, right?


What do you call plans being submitted to the city, being hosted on the city's website, being described as a Project in Process and that the status is Under Review, and where feedback is provided by City Staff regarding ways to update the proposal?  It may not technically be a proposal based on some esoteric definition of that word, but it certainly looks like quite a bit of activity between the developer and the city.

Here's a bit of history behind the historical rezoning of these properties - thereby allowing the type of development that is now being proposed. 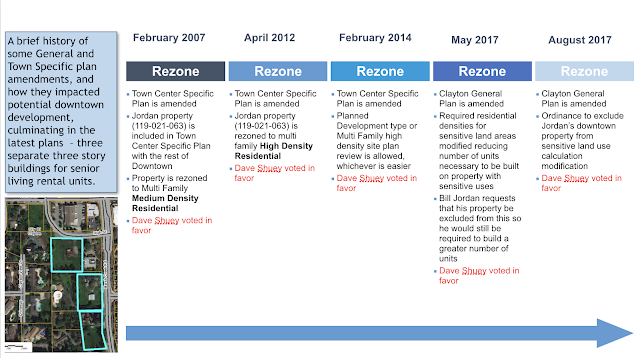